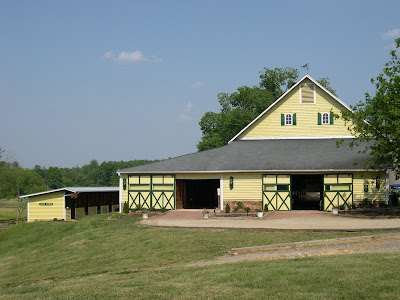 Legacy defines the Rural Area as Growth Management Area 5 (GMA 5), which is located beyond the Future Growth Area (GMA 4) and outside the area that can be provided with public sewerage and other services in a cost-effective manner. From the region’s earliest settlers, development has been related to the physical characteristics of what is today Forsyth County. The earliest inhabitants were Native Americans who settled along a river they called the “Yattken,” a Siouan word meaning “place of big trees.” Archaeological investigation of a rock shelter near the river’s “Great Bend” revealed that the cave had been used for 8,500 years, initially by nomadic hunters and then by villagers who farmed the fertile flood plain. Around 1710, the Native American population began moving north to New York and Canada due to increasing numbers of raiding parties and white trappers, traders and explorers. By the late 1740s, the Yadkin River valley began to fill with white immigrants moving south from Pennsylvania and Virginia along the Great Wagon Road. The region’s abundant water supply, natural resources, and fertile soil proved attractive to English, Scots-Irish, and German settlers. In 1753, after six months of exploring North Carolina in search of suitable land to settle, a group of Moravians led by Bishop August Gottlieb Spangenberg purchased 98,985 acres in what is today Forsyth County. They found what they believed to be a suitable site “on the three forks of Muddy Creek” – encompassing almost all of present-day Winston-Salem.

Development since that time has been focused on this central portion of Forsyth County. The regions outside the Muddy Creek basin have been defined as rural due to topographic issues and the inability to provide gravity sewer. The Rural Area of Forsyth County is located largely outside of the incorporated jurisdictions and includes the western portion of the county following the Yadkin River and also the northeastern area of the county, in what is known as the Belews Creek area. The Rural Area also includes tracts of land in the Forsyth County Farmland Preservation Program.
at 6:30 AM
Email ThisBlogThis!Share to TwitterShare to FacebookShare to Pinterest
Labels: Chapter 12, Rural Character