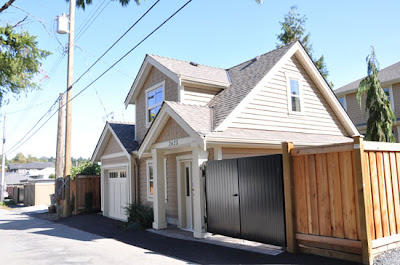 A similar approach has been used by the City of Seattle, WA. A “Backyard Cottage” is a small residential structure sharing the same lot as a house, but self-contained and physically separate from the primary house. In the Seattle Municipal Code zoning provision, Backyard Cottages are referred to as “Accessory Dwelling Units, detached.” On some lots, a Backyard Cottage may be located in a side yard. The City of Seattle has produced a guide that addresses the full range of issues associated with building a Backyard Cottage, from land use regulations to site planning to good design features.

Seattle changed the zoning rules to allow Cottages in single-family neighborhoods citywide, rejected a proposed cap of 50 cottages a year, and helped organize a design competition to spur creation of reasonably priced plans. Seattle tested the Backyard Cottages initiative in the southeast part of the city starting in 2006, resulting in 28 cottages. Other cities such as Denver, CO and Faribault, MN are allowing or expanding programs that encourage backyard residences.
at 9:00 AM
Email ThisBlogThis!Share to TwitterShare to FacebookShare to Pinterest
Labels: Chapter 11, Neighborhoods and Small Towns