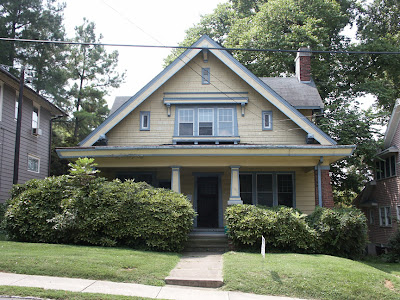 Changes in demographics and housing choices are making urban living popular again. Married couples with children no longer represent the majority households in Forsyth County. Increasingly smaller household sizes, baby-boomers that have become “empty nesters” and urban lifestyles favored by young professionals have brought a increasing demand for higher-density housing near an urban core instead of the traditional suburban living. Another new trend is that many households are choosing to rent even though they could afford to buy. Given that households are becoming more varied, it is time to look at our housing regulations to see what changes are needed.

Our Urban Neighborhoods (GMA 2) are residential areas that surround the Center City. These neighborhoods generally have sidewalks, tree-lined streets, on-street parking, an interconnecting street network and a distinct identity through architectural style, diversity and street design.

Although predominantly single-family, these neighborhoods provide some diverse housing options with medium to high densities as well as mixed-use areas. A number of the neighborhoods are listed on the National Register (NR) of Historic Places, while many others are potential NR districts. Several of the NR Districts are alsolocally-designated historic districts which are subject to additional standards under the zoning ordinance. Strong neighborhood associations and grassroots organizations have helped to ensure that the character and the quality of life of existing neighborhoods is preserved.

Urban infill and redevelopment has changed the existing character of some areas with different levels of acceptance by surrounding residents, especially in minority or low-income areas. Small-scale commercial/retail areas and older industrial structures and sites are found scattered through the Urban Neighborhoods as “nodes of activity” or stripped along major roads.

There are more transportation choices in the Urban Neighborhoods with street, public transit, bicycle and pedestrian systems in place. Many of these neighborhoods have a diverse population and generally have medium to high rates of ownership. Affordable housing opportunities are offered throughout the area.
at 5:30 AM
Email ThisBlogThis!Share to TwitterShare to FacebookShare to Pinterest
Labels: Chapter 11, Neighborhoods and Small Towns